Extending our long relationship with Chacharone Properties, RP Masiello was engaged as the design/build general contractor for the new Table Talk Pie bakery. The new facility is a combination corporate headquarters, bakery and distribution facility. It will house up to four production lines, with automated processes for mixing, shaping, baking, cooling, flash-freezing and packaging the iconic desert-size pies.

The building is a steel frame structure clad in masonry and metal panels. The design includes office space, a loading dock, heavy-grade utilities, and an extensive corrosion-proof drainage system to handle the intensive cleaning regimen that maintains sanitary conditions for food preparation.

Like the Gardner Street location, this building is laced with an extensive corrosion-proof drainage system to handle the intensive cleaning regimen. To accommodate the new building footprint, we had to oversee the decommissioning of a city street, relocating the utilities, water and sewer systems. The new building is located in the South Worcester Industrial Park, on the former site of Standard Foundry, which was once a major employer for the region but had been vacant for years. Building the Table Talk Pies facility on time and on budget helped the company grow, create new jobs and revitalize a hard-hit area of the city.

RP Masiello has been collaboratively developing commercial and industrial buildings with Chacharone Properties since 1984. 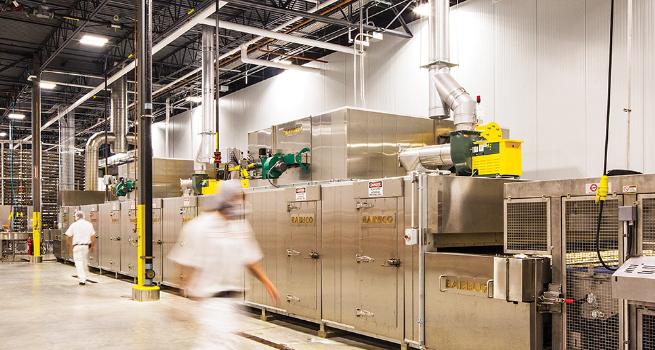 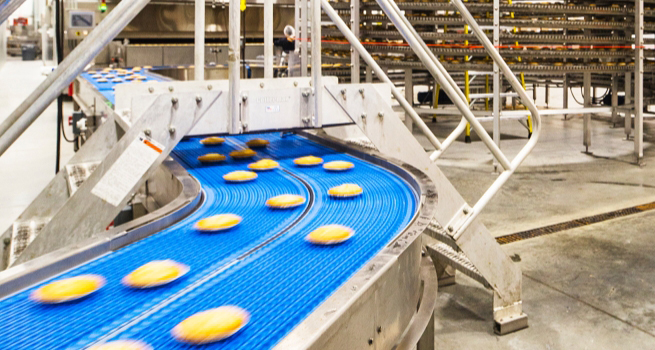