Our relationship with Goya Foods goes back to 1989; since that time RP Masiello has constructed four distribution facilities and two storage garages along with numerous renovations.

RP Masiello has embarked on their sixth building (below). The new 130,000 sq. ft. addition will serve as cold and dry storage. Slated to open in 2022.

Goya’s New England distribution center (above/below) was completely constructed by RP Masiello and was designed to alleviate a bottleneck in the New York City and New Jersey area and expedite distribution to supermarkets in New England.

“All of us at Goya Foods truly believe this warehouse is the most attractive and cost-effective building we have ever had built for us.”
Goya Foods, Inc.
Louis P. Patrone, Assistant to the President 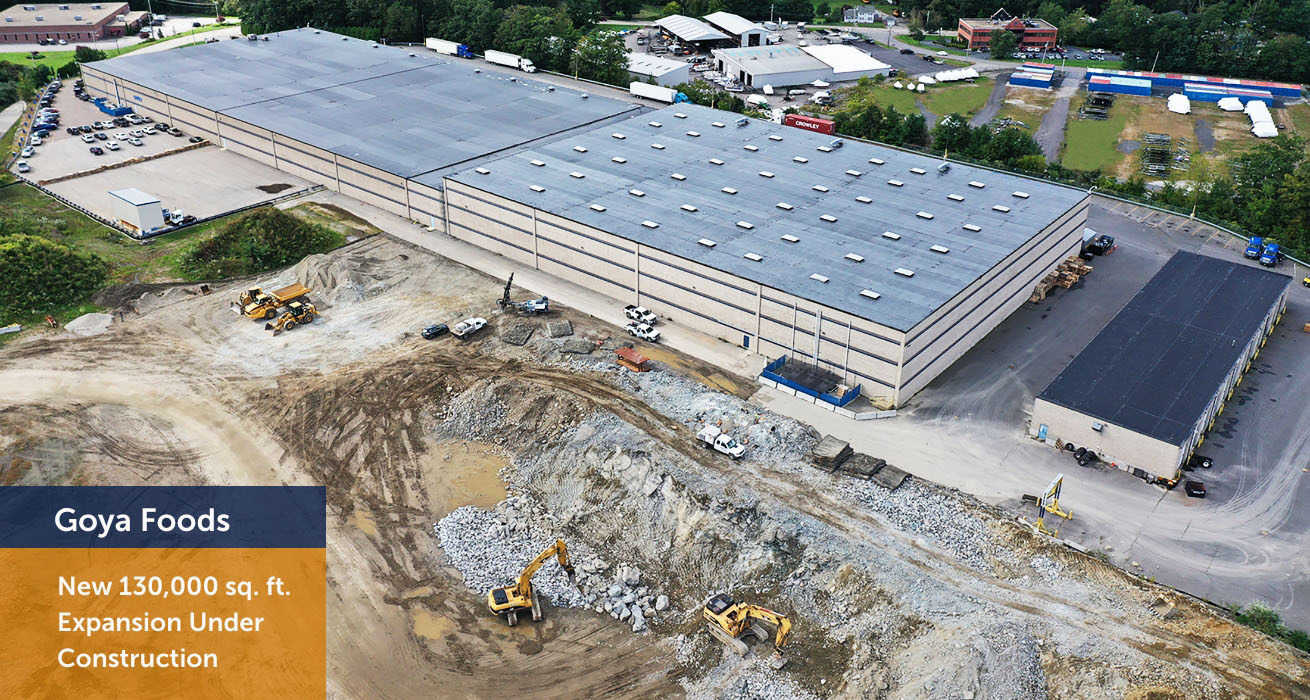